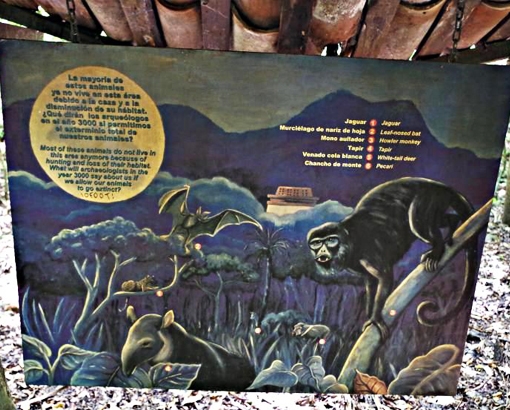 Here is Part 1 of a two-part series by our contributing writer Jean-Jacques exploring the current energy shifts going on in the world.

Navigating the Greatest Shift: 2022 to 2032 (Part 1) – Raising Consciousness Through Truth

We will be witnesses to the confrontation of the Negative and Positive forces, the eternal fight among polarity, the fight between the Eternal Fire and the Eternal Ice, as the Great Masters have named it, rough and magical times, prophetic times, like the Master, Don Pascual, would have said.

A Confluence of Energies:

As we can see from the chapters in the Darkness Before Dawn series, there’s a confluence of energies taking place with many cycles and transitions shifting and overlapping. This is causing a shadow-play of dark and light, as had been predicted by Maya and Vedic elders.

Energetically, it can be summarized as follows:

Contemplating the above, naturally raises the question of how to navigate it all and as we continue through this chapter, we will see that by always having truth as our guide, we will have the wind in our sails.

Staying conscious during a time of decaying consciousness is of the essence, because the consciousness of the World Soul will, after its descent into the underworld, awake into a higher state and to a different, more refined, energy frequency compared to when it ‘went under’ into its hibernation slumber. Tuning into that higher energy vibration in advance could be the only way for individual souls to awaken fully from their slumber, along with the reawakening of the World Soul (see Darkness Before Dawn – Part 5).

We already know that a more truth-and-heart-based consciousness – which is less materialistic and more spiritual – could be expected during the next 80 years. However, higher consciousness is not always simply downloaded, as is the belief in some spiritual circles. If that were the case, a state of enlightenment would be easily accessible to all, dark ages wouldn’t really pose challenges, and shifts in consciousness would happen naturally.

Although metaphysical energies that affect human consciousness do rise and fall cyclically, an effort is required on the part of humans to be in line with them. The same applies for generally raising one’s consciousness through personal development; it demands individual effort, whether or not one factor in any of the energy cycles. Factoring those in, though, provides for more specific orientation and direction within metaphysical frameworks that are defined by very accurate, ancient energy systems.

If ever there was a time period when spiritual development would pay out future dividends, that would be now, because, in the years to come, the spirituality-adept will increasingly be called upon for guidance through the darkest of times. Their ability to guide others would be complementary to the fact that they would be able to guide themselves, which will put them at an advantage as darkness descends.

Once individual consciousness has dimmed significantly, then recovering it first and afterward also raising it even further, during a time of low consciousness in general, might be easier said than done. To avoid staying behind in the underworld (see Part 3), it’s recommended that personal consciousness is maintained at all times and also raised in line with the new consciousness that’s starting to come online.

Truth is the Light of Consciousness

The easiest, simplest, and most accessible approach to remaining conscious, is to align oneself with truth because the truth is the light of consciousness. Searching for truth in each situation is an effective method for navigating the unconsciousness that’s currently enveloping the world. The revelatory light of truth can provide for better clarity and more insights into some of the darker realities of the present time and could improve one’s ability to foresee the probable realities of the near future.

Dealing with truth by facing it, is an antidote to denial. Courageously facing reality through the path of truth is the way of the hero in The Hero’s Journey (see Part 3). Ongoing challenges posed by the forces of the underworld can thereby be navigated better. Since truth is one of the most important elements of the new incoming consciousness, being orientated towards it, means being naturally aligned to it. Being naturally aligned to truth in advance means actively bringing the New World into being.

Knowing that extreme duality is a temporary phenomenon that’s metaphysically amplified (See Part 1) and that it has a purpose within the framework of the energy shifts, can provide deeper insights into why so many current events are so out of the ordinary or seem so unreal, or even surreal. An open mind and a willingness to consider deeply esoteric (and even religious) concepts are recommended as this discussion develop further.

Although opposing energies will always be embedded in the nature of duality, those energies become highly amplified – and also greatly exaggerated – during the Greatest Shift. Due to such extraordinary amplification, most people end up being drawn into the social and societal upheavals of the transition, leaving few people sufficiently centered to counter-balance such polarisation.

Genuinely balanced people find that extreme polarization is rather frustrating because, despite their efforts, they generally don’t manage to offset it very well. However, knowing that everything that’s currently happening is by metaphysical design, can provide for a more pragmatic assessment of the situation, and thereby, a more pragmatic approach to it.

In recent years, the potent, ever-growing friction caused by the ongoing polarisation, has caused the left and right poles to move so far away from each other by now, that virtually everyone has landed in opposing camps on a variety of important subjects. According to the Maya prophecy for 2012 to 2032, that’s exactly what should be expected to happen during this time period (please see Part 2 – coming soon).

Realistically speaking and in terms of group consciousness, the likelihood of opposing camps reconciling under such polarized conditions is rather low. That said, transcending such exceptional levels of polarity on a personal level is indeed very possible, and that’s exactly the challenge that’s presented to individuals during the Greatest Shift (please see the Incubator Earth series for further details).

Energetic Cause and Effect

There’s a clear energetic cause-and-effect principle at work within the world and that has to do with the recurring metaphysical shadow-dance between dark and light energies. Everything has a purpose and can be a catalyst for motivating or triggering its opposite.

For example, it’s the suppression of freedoms that gives rise to wanting more freedom. Not having free access to the truth (anymore) can prompt a strong motivation to seek it out. Finding it difficult to find the truth can lead to valuing it more than before, with the final result being that the truth is demanded, defended, and protected more.

Having to make a great effort to find the truth will in itself eventually be the catalyst for a great spiritual awakening – internally first, and then externally. That would be because once that which is contrary to truth and which opposes truth had been experienced thoroughly (and perhaps also severely), the higher importance of truth would become self-evident once more.

If it’s darkest just before dawn, then it would follow that a time period would arrive when the opposite of truth – which is the opposite of light – would dominate and rule for a period of time. That could manifest as blatant lies instead of clear truths, bottomless corruption rather than ethical transparency, and the return of destructive and already discredited ideologies, but now wrapped in a flowery new language.

When metaphysical energy drops very low, the light within consciousness is dimmed. That has an impact on how concepts such as truth, transparency, honesty, conscience, and compassion are experienced and viewed. Simply put, such concepts would care about less and there would be less motivation to enable or enact them. Therefore, they would be considered less important by people who have not maintained their higher consciousness. If that becomes the general mindset, a lower state of being within societies would be the result.

Most people who are conscious would attest to the reality that getting to the bottom of things in recent years has become exceedingly elusive. It has almost been as if truth has completely vanished, and that (by implication) almost everything now seems to be based on lies. Underlying that though is that darkness can only infiltrate human consciousness to such an extent – and displace the light within it –  when the majority of people have limited spiritual fortifications, structures, or boundaries in place.

In other words, besides the Greatest Shift that’s causing darkness to descend, a long-term spiritual decline within nations has created a vacuum, and that’s made it possible for darkness to infiltrate consciousness so much. To be more specific, over the years a steady decline in values associated with inner structures (traditional ethics, morals, and norms) has taken place.

A divide has been forming in recent years between people who are comfortable with untruths and dishonesty versus those who prefer truth and honesty. When we look at how prominently and consistently the duality between truth versus its opposites features in all important debates, disagreements, and controversies in the world, it’s clear that it lies at the very core of the Greatest Shift.

We can therefore conclude that this divide is a metaphysical phenomenon and is by design because it’s part and parcel of what usually happens during a Great Shift (as the quote by Maya elder Carlos Barrios tells us at the start of this essay).

The Nature of the Underworld

The nature of being within the metaphysical realm of the underworld (see Part 3) is that people who are not very conscious could be susceptible to being at the behest of the dark forces within the underworld.

Remaining conscious means that one is aware that distinguishing between light and dark (i.e., between truth and its opposites) and that making conscious decisions and choices according to those distinctions, is of the utmost importance. Such an approach guards against unintentionally and carelessly falling into the service of darkness through one’s indifference to what is true and what is not.

The situations and circumstances created by the highly polarized energies are testing everyone.  Personal choices and decisions when conflicting circumstances arise, require distinctions being made between what’s wrong and what’s right, what’s good and what’s bad (in particular situations), and what’s true and what’s not.

Not making decisions, become decisions in themselves. It is, therefore, of the essence to understand that the situations and circumstances that are currently generated by the opposing, conflicting dark and light energies, are very powerful and very purposeful and will continue to be so throughout the Greatest Shift.

The Agents of Evolution

Due to duality, the agents of devolution have a powerful role during the Greatest Shift; through their destructive ways, they are bringing the old world to an end. The agents of evolution have a powerful role too; through their Light, they are bringing the New World into being. The question every individual should ask themselves is, “What will be my role during the rest of the Greatest Shift?”.

Note: A longer version of this chapter is available at EnergyShifts.net

J.J. Montagnier is an independent researcher and writer. He has been studying and writing about Maya calendar-related subjects since 2014. He traveled to Central America in 2015 to familiarise himself better with Maya culture and history.

Note: The views and opinions are those of the writer. Creative license has been applied to make some concepts more accessible.