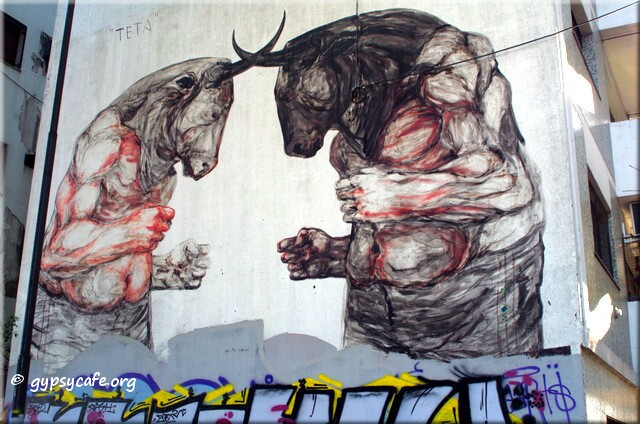 With all the energy shifts happening in the world, you may be asking Why has the world become so polarised? Shouldn’t we have more harmony?

This is Part 1 in the Darkness Before Dawn series by our contributing writer Jean-Jacques. Afterwards, we encourage you to read Part 2: Maya Katun Prophecy is Unfolding in Real-Time and Part 3: Global Change: Preparing for the Hero’s Journey.

Throughout the ages, there have been times of turmoil and times of peace.

In recent years, many nations have been going through increasing polarisation within their societies. Considering the seriousness of many of the crises that our planet is facing, a unified approach to dealing with them globally is likely to remain elusive as long as social and political polarisation are so severe that they overshadow all other issues.

This situation, with no clear end in sight, raises several important questions.

Q: Why has the world become so polarised?

Fortunately, some of these questions can already be answered, but they are more accessible when taking a metaphysical view.

Keeping an open mind is, therefore, recommended as we delve into these rather complex issues. During our discussion, it will become evident that some answers automatically lead to more questions which we will be exploring, too.

Q: Where does the polarisation come from?

The high polarity that has been present in the world since around 2014 is due to a shift in metaphysical energy that took place after 2012 (as detailed in Energy Shifts – Parts 2 & 3).

There was a change from relative stability and harmony during the 20 years prior to 2012 to a significant deterioration in social cohesion after that. This turn of events has been contrary to the high expectations that many people had had for a more unified post-2012 world.

Some predictions for the post-2012 world drew heavily on modern interpretations of well-known prophecies found in the mythology of indigenous peoples in the Americas. For example, The Hopi Prophecy [1] and The Prophecy of The Eagle and The Condor [2] were commonly referenced.

The Hopi Prophecy especially speaks of the potentiality for future apocalyptic events which could destroy parts of the world. While both prophecies speak of the possibility of a new world of collaboration and harmony that could unfold within a new social order – which could come about if humanity chooses the right course of action.

There had been a growing interest in Maya calendars during the decades leading up to 2012. This interest broke into Western consciousness mainly through the entertainment industry. Blockbuster films, for example, tended to highlight the apocalyptic elements of various indigenous prophecies (such as the Hopi, Aztec, Inca as well as the Maya civilisations) but often ascribed all such elements to the Mayas.

In contrast, esoteric spiritual communities and writers in the Mayanism [3] movement tended mainly to highlight elements in the prophecies that related to a future time of harmony and unity. However, they rarely delved deeply into what it would take for humanity to arrive at such a long-lasting state of equilibrium. The mindset seemed to be that an automatic shift in consciousness would (hopefully) bring about a state of harmony naturally.

Many events that could be described as apocalyptic have already come to pass. Most of them have more or less resembled what the prophecies had predicted – but, perhaps, not quite to the extent that they were depicted in the movies.

But the much-anticipated social harmony has been conspicuous by its absence with partisan politics having dominated the social and political spheres more than ever before.

In addition, the polarisation seems to be still in the process of building up to a crescendo.

Q: Were The Mayas Wrong?

It is important to know that there is a metaphysical framework in the universe, and that certain recurring social and societal trends can, indeed, be mapped according to specific time frames that fit into that metaphysical framework. That framework, being largely invisible, means that it is only (to an extent) accessible through anthropological or archaeological research, or through deep metaphysical study practices.

Prophecies – unlike ancient calendar systems – are notoriously vague when it comes to exact future timelines or time frames.

The Hopi Prophecy and The Prophecy of The Eagle and The Condor would both fall into that category. Although they are absolutely indispensable (and the Mayas embrace these two prophecies, too) for understanding the overall context of the shift of the ages, they are – strictly speaking – not Maya prophecies, because they are not specifically found (they did not originate from) within the structures of the Maya calendars.

Q: What, then, are the Maya calendar prophecies?

Prophecies for specific time frames can be found in the Maya Short Count calendar which contains prophecies that relate to 20-year periods known as katuns. It was these katun prophecies and their associated energies that pointed to the high polarity and volatility that would characterise the first two decades after 2012.

Q: How does the Short Count calendar work?

How the Short Count Calendar works:

The Short Count calendar assigns a specific symbol called a tone to each of its thirteen katuns.

This symbol (a number) denotes certain aspects of a katun’s energy. For example, right now we are in Katun 2 Ahau (between 2012 and 2032.) Tone 2 symbolises duality and polarity (among other characteristics). The katun prior to Katun 2 Ahau was Katun 4 Ahau (between 1993 and 2012.) Tone 4 represented stability and order and, overall, it appears to be one of the most stable energies found in the Maya calendars.

The Energy of the Age:

An immediate observation from the information above is that in 2012 the energy of the tones shifted metaphysically from stability to heightened polarity – and people who have been following world affairs would know that that has been exactly how things have played out.

The world has gone from relative order and stability during the 20 years prior to 2012 to palpable polarisation and disorder since then.

That’s not to say that there wasn’t instability prior to 2012; it’s just that it wasn’t so palpable or extreme. This has been echoed by people who have in recent years reported that things have never been so polarised in their nations (from what they can remember) during their lifetimes [14].

Advantage of the Short Count Calendar:

The idea of an instant elevation of consciousness followed by a quick renewal of the world was certainly an appealing one during all the hype before the shift-point of 2012… but it was based on not understanding the nature of the intermediate shift period between the two Great Cycles from the Maya Fourth to Fifth Worlds.

The great advantage of the Maya Short Count calendar is that it can be used to provide a relatively good idea of the nature of the shift period as it allows us to ‘zoom into’ the incremental stages of it. After doing that, we can ‘zoom out’ again to see the bigger picture. This approach could assist us in knowing when we can expect a return to more harmony from an energy perspective.

The Overall Length of the Great Shift:

The overall Great Cycle transition could take as long as an entire katun cycle of 256 years, meaning that there will be a long overlap phase between the two Great Cycles (For details, please see The Valley of Shadows in the Landscape of Light).

As illustrated in the segment above, this overlap consists of smaller, incremental transitions that happen along the way which is how the transitions between very large cycles actually work.

To illustrate this point even further, a comparison can be made with the transition stages that are found between the Yuga cycles in the 24,000-year Vedic Great Year cycle from India. In that cycle, there are 200-year transition phases known as sandhis between some of the Yuga ages, with some sandhis taking as long as 300 or 400 years to run their course (More details can be found in the essay Energy Shifts – Part 5).

As an aside, the Vedic Great Year, just like the Maya Great Cycle, has incremental stages embedded within its sandhis which can also be ‘zoomed into’, as will also be illustrated later.

Energy flow rises and falls in a wave-like motion during a Maya calendar age or cycle. The energy of the age climbs the energy pyramid at the beginning of the age, reaches its peak at the mid-point of the age and then it descends on the other side of the energy pyramid to its lowest point where it would start to blend in with the energy of the following age. This means that all katuns can be divided into two half–katuns, with the first half having growing energy and the second half having declining energy.

Said in a different way, the energy would rise in intensity and influence for the first 9.85 years of a katun after which it would recede for the second 9.85 years in the katun. The years around the crest of the energy pyramid would be peak-energy years in terms of energy intensity.

This means that, during the present katun (2012 – 2032), the highest levels of duality and polarity (these elements being the dominant characteristics of this katun) could be expected to manifest between 2020 and 2025. Please see Illustration 1 below.

From 2026 onward, the energy intensity and polarity should start to decline again. Bearing that in mind, societal developments since 2012 may come to a head during the upcoming peak-energy years.

A shift from material to spiritual energy:

That could also be the case for this katun cycle and, if that happens, the transition point would be at the end of 2022.  (To be continued in Part 2)

Note: The views and opinions are those of the writer. Creative licence has been applied to make some concepts more accessible.

If you enjoyed this article, we encourage you to read Part 2: Maya Katun Prophecy is Unfolding in Real-Time and Part 3: Global Change: Preparing for the Hero’s Journey.

[1] “Hopi Prophecy and the End of the Fourth World – Part 1” (2014, November 2). Ancient Origins | Reconstructing the story of humanity’s past. Retrieved June 28, 2020, from https://www.ancient-origins.net/myths-legends-americas/hopi-prophecy-and-end-fourth-world-part-1-002280

“Hopi Prophecy and the End of the Fourth World – Part 2” (2014, November 3). Ancient Origins | Reconstructing the story of humanity’s past. Retrieved June 28, 2020, from https://www.ancient-origins.net/myths-legends-americas/hopi-prophecy-and-end-fourth-world-part-2-002281

[3] Mayanism is an eclectic collection of New Age beliefs influenced in part by pre-Columbian Maya mythology and some folk beliefs of the modern Maya peoples.

[5] List of volcanic eruptions in the 21st century. Wikipedia, the free encyclopedia. Retrieved June 28, 2020 from https://en.wikipedia.org/wiki/List_of_volcanic_eruptions_in_the_21st_century

[6] “The Southern Hemisphere is scorching: Unprecedented heat in Chile, Argentina and Australia” (2019, February 7). The Washington Post. Retrieved June 28, 2020, from https://www.washingtonpost.com/weather/2019/02/07/southern-hemisphere-is-scorching-all-time-record-heat-set-chile-argentina-australia/

[15] Note: An illustration of the material and spiritual sides of an energy pyramid during a Tracena (a 13-day Maya calendar week) is illustrated and explained by Mark Elmy in Guatemala on The Four Pillars website (thefourpillars.net)

Part 1: Why the World Has Become so Polarised

Part 3: Preparing for The Hero’s Journey

Part 5: The Lights Along the Way