Dreamspell and the Mayan Calendar by Ian Lungold

Dreamspell and the Mayan Calendar by Ian Lungold

Here is a talk given by Ian Lungold, exploring the differences between Mayan and the Dreamspell calendar.

I was also selling the books and charts to local bookstores and bookstores up around Sedona Arizona, around there. And I spent all of that 4,000 bucks and nothing happened. No bites at all from any of the restaurants.

So, I went, OK well that’s not going to happen right away. I’ll just go make this calendar famous, you know, make it more known, and maybe I’ll work my way into that.

So I went to a convention called “Crystal Healings on the Rocks.” It was a gathering of crystal skulls in Sedona Arizona. I went there with my books and my charts and the placemats and the jewelry and opened a booth. And I’m all ready to make these sales and talk to everybody about the calendar, and across the way was another booth with real Maya in it. These were guys from Guatemala. They’d come up to visit the crystal skulls and do ceremony.

So, I went over there very proudly with my charts and my book and showed them to this Mayan shaman. And he looked at the stuff and he went, “yech, yech. This is Arguelles! Dreamspell!” I said, yeah, the Mayan Calendar. He goes,

“no, the Dreamspell is not the Mayan calendar.”

Well, I felt like I just kissed a freight train going at 80 miles an hour. Wiped me out. I went right back to my booth and I covered my booth. And then I followed this Mayan shaman around for four days.

I mean, I got up at 4:30 in the morning to go do fire ceremony with this guy. And I was at divinations and at ceremonies that they did. By the end of the four days I knew this guy was probably telling the truth and knew what he was talking about.

But I couldn’t be for sure.

So I had to go to Guatemala to find out for sure.

So I packed up my jewelry and I went to Guatemala. And I went to the sites looking for Maya shaman that I could talk to and ask what day it was on their calendar.

But it was not what the Dreamspell calendar said was the day.

So it was kind of a good day and a bad day for me. It was good that I found out the truth that the world had been lied to about the Mayan Calendar.

It was kind of a good and a bad thing.

And then also I found out that my charts, the ones that I had come up with for the Dreamspell calendar ,would not work with the real Mayan calendar. So, again, all the work I had done was thrown in the ditch, gone.

So I came back to the states.

Now, when I was down there I sold jewelry to tourists. I came back with $437 in my pocket because I sold so much of the jewelry. That was great.

It was going to cost me $425 to buy back all the books and all the charts that I had sold. And I knew this was a test. This was a test. I’d certainly had other tests in the past of continuing, of believing in my intuition, that sort of thing. But this was economics. This was a bigger test.

I put gas in the car and I drove to all those places and I bought back all the books and all the charts. And then I sat for about two weeks wondering what I was going to do with my life.

And then all of the sudden (snaps fingers) another download. This time, how to get past the problem of leap year on the Mayan calendar, on the conversion.

You see, the Jose Argulles Dreamspell calendar, 13 times 28 is what he bases his calendar on. 28 day months and 13 different intentions, or aspects. 13 times 28, 13 months time 28 is 365. But it’s not 365 1/4. So in his system he has to lop off February 29th – every four years has to chop off a day from creation, as though it doesn’t exist, as though it has no sacred energy. It’s just convenient mathematically.

And he has explained that he has improved the calendar over the Mayan 3,000 year tradition. He has improved it by chopping off this day of creation.

So, it became much much more evident to myself that there was something drastically wrong with this calendar.

But what happened was I got this method to go around February 29th. Which is, really simply, I started counting the year from March 1st, instead of January 1st. That way it’s past any possible February 29th, where we start counting and then using numbers of days.

So you don’t have to worry about that. There’s two charts.

There’s the day and month chart and there’s the year chart down here. And what you do is look up the month across the top and the day down here. Where the two columns come together there’s a red number. Then you look up the year, whatever year you’re looking up from 1910 to 2013, just in case. And there’s a blue number, and you add the two numbers together. You add this red number and blue number together and it will tell you what day it is on the Mayan calendar.

Instruction #2 right here explains if you’re looking up any January or February date, either you’re looking it up, you could look up today’s date, or you could look up your birthday. My birthday happens to be January 26, 1949. Yeah, I’m that old. So, when you look up January 26, 1949, when you get down here you have to use the number next to 1948, because of how you skip over January and February.

So that’s the only minor little wrinkle in the whole thing. You just have to do that and then you don’t have to do pages of calculations for February 29. So, once you get the number, then you can go straight over here to the Mayan calendar and it will tell you what day out of these different days it is. And like I said, today is 13 storm which is right down here-right down there is 13 storm. Click for more info on the Codex.

And what happened is I went back to Guatemala with these charts.

This time though I went to the top. I went to Guatemala City and went to the leader of the indigenous chiefs and elders. That is Don Alejandro Cerillo Perez Osha (sp?). And I met with him and two of his other shamans and presented what I had.

And he understood the momentous event that had just occurred. They had never had this formula, never had this tool because well, frankly because they didn’t need it. They were on the Mayan calendar and didn’t have much to do with the Gregorian calendar.

But he knew this was a pathway, a doorway that opens the calendar for all, for everyone.

Because they wanted to be absolutely sure who I was. At the end of the time I had sworn to them and to the Mayan people I would straighten out all of the misconceptions about the Mayan calendar worldwide. I had no idea, no idea at the time that I would be anywhere near this position with the information I ended up with. But in that time, that’s what I did. That’s why I’m here, to honor my pledge to the Mayan people to straighten all the misconceptions.

Now once this Codex was produced, it went straight to Sweden.

There is a guy over there, actually a friend of mine, an acquaintance of mine, I should say.

You see, archaeologists, what they do is conjecture about things, they surmise. They don’t experiment with things. Mr. Calleman, what he did was he was looking for what could be proven about the Calendar rather than conjectured about the calendar.

So, for eight years he gathered data.

And then he had a book he sent to me. It wasn’t published yet it was just the draft. I read the book. I was starkly amazed. And I helped him get the book published, or helped start that work.

And he came to Cancun where I was at the time. We lived together for two months in a one bedroom apartment in Cancun. And we got to know each other real good.

He went back to Sweden when we were done. And I went to Sedona, Arizona to actually ground this information in Sedona. And I was there for three years as a homebase. I traveled the world with this information doing these talks, but Sedona was the homebase.

Now I don’t have a homebase, now I’m just out.

This is the book I recommend everyone buy and read. This book, very technical, very correct. It’s the first book that Calleman put out, called The Mayan Calendar. It reads like a textbook. There is a lot of information in this book we’re not going to go over today. What you’re going to see is a blend of my studies and Calleman’s findings. But in here is all the details and it’s tremendous information.

It will more than confirm everything that we’re talking about today.

And I’m sure you’ll recognize the importance of having this information. 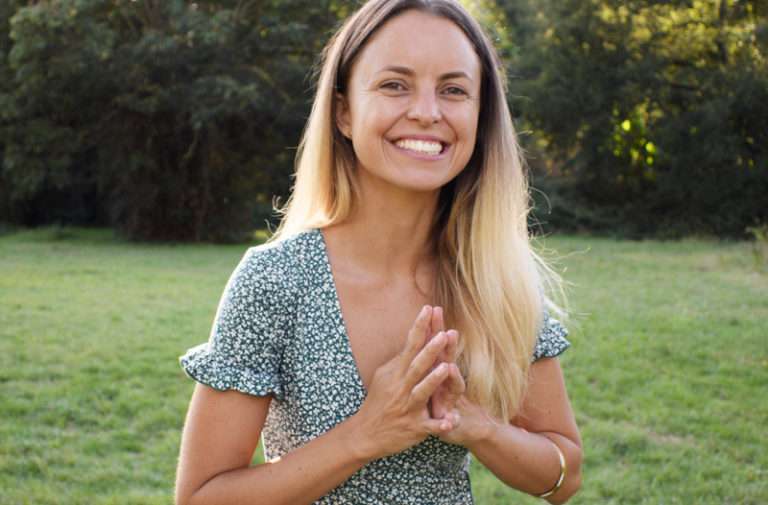 Darkness Before Dawn: The Lights Along the Way (Part 5)

Connecting the Dots for Our Soul’s Journey: Lizard/Seed/Net