Introducing Part 3 of The Soul Incubator series by our contributor Jean-Jacques. In this article, we continue exploring the purpose of polarity and the nature of truth. And, we take a closer look at creating Unity Consciousness through Personal Autonomy.

Here is Part 1 and Part 2 if you’d like to start from the beginning.

As we grow closer to our deepest personal inner-truths while we individuate through differentiation, we discover and encounter universal truths that are shared by all humans. This is how we arrive at unity through polarity (without the unnecessary polarization), which is unity through autonomy. An understanding develops that we are all one as individual humans, notwithstanding our differences.

This understanding happens on an autonomous and independent level through soul – and intellectual – development. This sense of unity is not the same as the temporary sense of collective belonging that people experience when they participate in group activities.

Group participation or affiliation is not required to experience a deep sense of unity that stems from understanding that we all suffer from the human condition. We are all in the same boat together here on planet Earth as human souls residing in physical human bodies, but our environments and circumstances – and, therefore, our individual experiences – are vastly different from each other.

It is exactly these different environments and experiences that challenge and form us in different ways, leading to a differentiation among groups and individuals. This differentiation results in different cultures, languages, lifestyles, belief systems, political and economic systems and so on, which is one of the reasons why we have such magnificent natural human and cultural diversities in the world.

It follows that we are one in being members of the human race – which is why most of us would support universal human rights – but we are very different as individuals, groups and nations, and that these two realities can and do exist at the same time without the need for them to be in conflict with each other.

In other words, the tension of the opposites between non-duality (collective unity) and duality (individual autonomy and/or group distinction) is transcended intellectually and spiritually, while – in practice – there will always be some tension between these polarities in life to varying degrees.

When arriving at this higher sense of unity – unity in spite of autonomy and group distinction – many of us will come to understand that we are uniquely different for a very good reason, i.e. that the very nature of creation is to differentiate by creating natural diversity. The process of differentiation is a manifestation of the creative force within the universe. For the universe to differentiate is for it to evolve itself through expansion by adding more natural diversity which further strengthens species’ resilience.

But he who is unable to live in society, or who has no need because he is sufficient for himself, must be either a beast or a god: he is no part of a state.

All personal development is internal. It being personal and internal means that – psychologically speaking – it is development that happens away from the group, even if such development may be related to the group. Every person walks a personal inner-path through this life, no matter how social-, group- or community-oriented they may be.

The developments of a sense of agency [2], locus of control [3] and self-efficacy [4] through self-actualisation [5] are all examples of processes that from a young age contribute to the growth of individual consciousness. During a person’s lifetime, this could be further expanded to self-realisation [6] [7] and self-transcendence [8] . All these stages fit into the overall process of individuation [9] which is a Jungian term.

Individuation means developing one’s own personal identity (personality) which is autonomous (separate) from group identity or group association and separate from the collective consciousness. Individuation never ends. It is ongoing personal development from birth to death with the sky (spirituality) being the limit.

Humans have a natural internal drive to develop autonomously – it’s known as self-actualisation [5] – but there is also a powerful natural drive in humans to always be part of a group … we are political and social animals after all (Aristotle & modern sociologists). This dichotomy between the individual and the collective is a classic example of the dichotomy between duality and non-duality – in this case between individual autonomy and collectivism.

“The fact that individual consciousness means separation and opposition is something that man has experienced countless times in his long history.”

To develop full autonomy takes courage. Individuals must (psychologically speaking) tear themselves away from their family, community and group associations – at least temporarily at first – in order to self-differentiate and to develop further on an independent personal path.

Wanting to conform as much as possible to group norms in order to remain a popular member of one’s group would always conflict with the will to develop independently. For many people, the former usually wins out, or even when they reach certain levels of independence they frequently fall back into the collective or group consciousness.

The extent to which individuals individuate varies. Some people never develop much real autonomy and find it very hard to go against the grain, whilst others may eventually have difficulty in fully integrating within group settings, with lots of variations in between.

The ideal balance would be to become a well-developed autonomous being who can function equally well within group settings, without being overly dependent on the group.

Jung stated that individuation requires a person to be equally well adapted to the collective (community and society) and the personal (the various components of the inner-self) mindset.

If more people had greater personal autonomy – while being members of their respective groups at the same time – groups would generally not lose their way so easily. Autonomous individuals are usually well balanced individually, while also having the best interests of their groups at heart. Should a group start leaning towards extremism in any form, autonomous group members would steer their group back on track to a more balanced state – but if that were to fail, they would rather steer clear.

Should a group somehow go off the rails regardless of the efforts by the autonomous members, it would disintegrate because those members would not be prepared to compromise their personal integrity for the sake of corrupted group-think. They would simply leave, because they would be independent-minded enough to do so.

Unity through autonomy comes from having a differentiated personality through personal development allowing for functioning fully as an autonomous individual while being a fully integrated member within a collective – such as a local community or broader society – at the same time.

A lifetime of oscillation in circumstances and events through shifting energies that effect real-life events, circumstances and situations, causing reality to shift, provides ample opportunity for individual souls to develop this balance.

Q: How well are humans handling the polarisation?

Most people simply do not capitalise sufficiently on the growth opportunities afforded them by life’s changing circumstances. Many people are still easily swept up in the strong currents of social upheaval because they lack the required autonomy to sidestep powerful polarisation when it arrives – as can be clearly observed in the identity politics of today.

The sense of agency refers to the subjective awareness that one is initiating, executing, and controlling one’s own volitional actions in the world. It is the pre-reflective awareness or implicit sense that it is I who is presently executing bodily movement or thinking thoughts.

Locus of control is a theory used in personality psychology that refers to causation as perceived by individuals in response to personal outcomes or other events. The theory was developed by Julian B. Rotter in 1954 and has since become an aspect of personality studies. A person’s “locus” is conceptualised as either internal or external.

Self-efficacy: Cognitive mechanism based on expectations or beliefs about one’s ability to perform actions necessary to produce a given effect. It is also a theoretical component of behavior change in various therapeutic treatments. (APA, Thesaurus of Psychological Index Terms, 1994)

Self-actualization is a term that has been used in various psychology theories, often in slightly different ways. The term was originally introduced by the organismic theorist Kurt Goldstein for the motive to realize one’s full potential. Expressing one’s creativity, the quest for spiritual enlightenment, the pursuit of knowledge and the desire to give to society are examples of self-actualization.

Definition of self-realization: fulfilment by oneself of the possibilities of one’s character or personality

Self-realization is a term used in Eastern religions, yoga philosophy, psychological theories and other spiritual schools of thought. It denotes a state in which an individual knows who they truly are and is fulfilled in that understanding. For some, this may manifest itself in an understanding that they are at one with the omnipresence of God, or that the Divine is within them. Others consider it a fulfilment of all the possibilities of an individual’s personality and character. The achievement of self-realization may be seen as a scientific and / or spiritual process.

Self-transcendence is a positive personality trait that involves the expansion of personal boundaries, including – potentially – experiencing spiritual ideas such as considering oneself an integral part of the universe. Several psychologists, including Viktor Frankl, Abraham Maslow, Pamela G. Reed, C. Robert Cloninger and Lars Tornstam, have made contributions to the theory of self-transcendence.

The second concept, coming out of C.G. Jung’s analytical psychology, describes the process in which the individual self-develops out of an undifferentiated unconscious. It is a developmental, psychical process, the process whereby the innate elements of personality, the different experiences of a person’s life and the different aspects and components of the immature psyche become integrated over time into a well-functioning whole.

[10] Carl Jung wrote that “The fact that individual consciousness means separation and opposition is something that man has experienced countless times in his long history” in Civilization in Transition, a compilation of essays which is part 10 of The Collected Works of C.G. Jung, The Bollingen Series, Princeton University Press, 1964 (Carl Jung, CW 10, Para. 290). 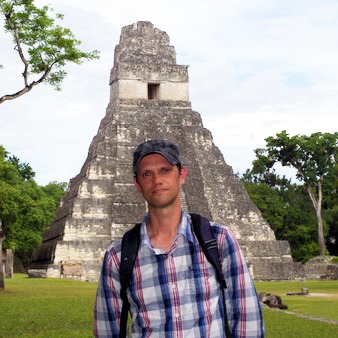