A Tool to Overcome Fear and Transition into Joy

A Tool to Overcome Fear and Transition into Joy

It’s an extraordinary time on our planet. Humans today are dealing with more stress emotionally and physically than ever before. This affects our way of life, our planet, and all the living beings that call Earth home. Not all is lost though! An important aspect of managing what happens to you is to take control of how you feel. Overcome fear with the Emotional Scale, a simple tool used to bring yourself from anxiety to joy one small step at a time.

Embracing the power of emotional thought

It’s no secret that Mayan intelligence in areas such as engineering and transportation were incredibly advanced. What does seem to be more secretive however is their take on ethereal subjects such as emotional stress and fear. Scant is the information on how they handled emotions back then and from current Mayan elders.

I like to think that if the ancient Mayans were undergoing stress, they would not suppress their feelings! I’m sure they were already aware of the power of emotional thought and the importance of our control over it. Maybe they instinctively went through something like an emotional scale as an everyday part of existence.

The emotional scale is a theory as explained by Abraham-Hicks, a consortium of non-physical energies translated by Esther Hicks. The scale is a list of 22 major human emotions that range from difficult to joyful. It’s an incredibly easy device to use because you escort yourself from one vibration to the next one just above it, feeling better and better with every small step.

How to use the emotional scale to move closer to joy

Take revenge, number 18 on the scale. Number 17 above it, is ‘anger’. Anger is a state of emotion humans would not usually strive for, but if you are feeling ‘revengeful’, ‘angry’ is just a little bit lighter and closer to joy.

You can next reach for ‘discouragement’, number 16, then ‘blame’, 15 on the scale. Ask yourself this quirky question, “What about this situation can I feel discouraged?”, the feeling of discouragement feeling a tad better than anger, and far from revengeful. You are moving in the right direction.

Using this tool in today’s world

According to quantum physics, vibrational frequency changes everything around you, a theory I believe the Mayans were well aware of. You are always creating reality by whatever emotion it is you are feeling at any point. Emote ‘hatred’, number 19 on the scale, and your environment reflects such frequency.

In today’s world tools such as the emotional scale are incredibly important in managing anxiety.

Did the Maya use similar ideologies that enabled them to produce the architectural and spiritual feats which today seem impossible?

If not, then how were they able to live so productively?

These are questions we can add to the already large amount of mystery that surrounds them.

We can only marvel at the stone structures and hieroglyphs they left behind, and perhaps use our imagination to speculate on the hows and whys. Take this same imagination and use it to cure low level vibrations of feelings that stifle creativity.

All you have to do is start from wherever you are now and grow from there. 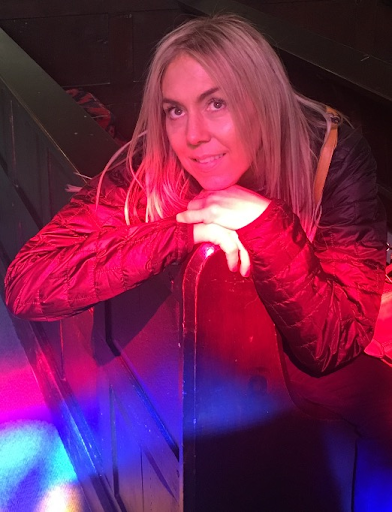 A lover of animals and nature, Jane Kelly is a writer dedicated to helping escort humanity to higher levels of existence. Having studied spirituality and metaphysics for decades, she hopes to help make the world a better place by showing people how to live from a more positive plane of existence.

Connecting the Dots for Our Soul’s Journey: Lizard/Seed/Net

Crusade to Tenochtitlan: Templo Mayor Has Fallen (Part 5 of 5)