4 Rungs of Love and 4 Gates of Sufism

4 Rungs of Love and 4 Gates of Sufism

Sufism is a mystical form of Islam that can give us many deeper insights. And a great place to start is to read poetry by some of the celebrated Sufi poets.

There is a Turkish Sufi poet I like. His name is Yunus Emre. In one of his famous poem, he says:

I don’t think what the Mayas and the Mayan calendar tell us is very different. We shall know ourselves and which state our evolution is.

This is especially important when we realize that the difficult days we are in are getting more difficult.

In my previous post, I wrote about how the spiritual evolution can turn into an illusion. This time, I want to share with you some clear-cut road maps given by some of the significant spiritual guides of humanity.

The former is from The Mother, the spiritual consort of Sri Aurobindo who is famous for his philosophy and visions about the evolution of humanity. The latter is from Rumi…

By looking at these maps we can clearly see where we are in our evolution.

How about you? Where are you in your spiritual evolution?

The Rungs of Love:

At first one loves only when one is loved.

Next, one loves spontaneously, but one wants to be loved in return.

Then one loves even if one is not loved, but one still wants one’s love to be accepted.

And finally, one loves purely and simply, without any other need or joy than that of loving.

The 4 Gates of Tasavvuf (Sufi Mysticism):

The Sheikhs of the path have said that there are four gates that one must pass through on the journey to Allah.

One of Rumi’s disciples asks him;

“Master, I don’t understand this matter of the 4 gates very well. Could you explain it to me in a language that I can understand?”

“Go to that seminary over there and you will see four students all curved into their lecterns. Go and slap four of their napes and come back, I will tell you then.”

Rumi’s disciple goes into the seminary and slaps the first student’s nape.

The student stands up immediately and knocks down Rumi’s disciple with an even stronger slap. Although the disciple loses his courage to continue, he trusts his master and continues with slapping the second student. And he immediately stands up and raises his hand as well. Just about to hit back he backs down and sits back in his place.

The third one gazes at him shortly and continues to study.

The fourth one doesn’t even get disturbed by the slapping and continues to study.

When his disciple comes back and tells Rumi what has happened, he smiles and says;

“Here are the examples you asked for…

— The first one was someone who was not able to pass the gate of Sharia. Because the rule in Sharia is “eye for an eye”. When you slapped him, he stood up and returned it to you.

— The second one is in the gate of Tariqa. When you slapped him, he stood up and when he was just about to hit, he remembered the promise that he had given in the teachings of Tariqa: “do a favor even to someone that does harm to you.” Therefore, he stopped and sat down.

— The third one has passed the gate of Marifa. He knows and believes that the good and evil comes from only one Creator. But he thought “which devil has made an instrument to this misdoing by the Creator?” And he could not stop his curiosity, and just looked at you.

— The fourth one has passed even the gate of Haqqiqa. He knows by heart that the goodness and badness has only one master and they are the same.
So he was not even bothered to turn his head and look at you…

There is a lot we can learn from Sufism and it’s poets. I hope you’re inspired to see out more Sufi poetry, as you evolve spiritually and seek out that final Rung of Love. 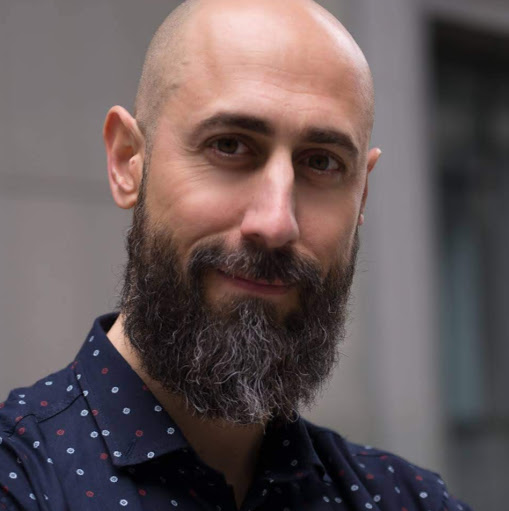